Angels in a Parisian Church

Paris, France.  During the commentary on a short Seine River cruise through Paris there was a mention of some Tiffany windows in the American Church.  Declared national monuments by the government of France, they are the only Tiffany church windows in the country.  As the boat docked near the Eiffel Tower and the church was near that most famous of landmarks, I decided to search out those windows and arrived to see a bride and groom having their photos taken by the front steps with a minister standing near them.  My first impression of the church was that it had many stained glass windows placed, in typical Gothic tradition—up high—and although the sun was illuminating them beautifully none of these seemed to be Tiffany's style. 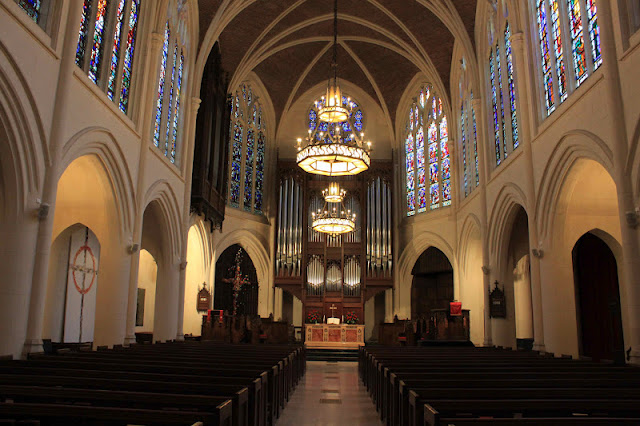 Then, framed by one of the lower arches, was a relatively small but distinctive window in a palette of Earth tones.  And next to it, another.  Perhaps these are the Tiffanys.  Are there only two? 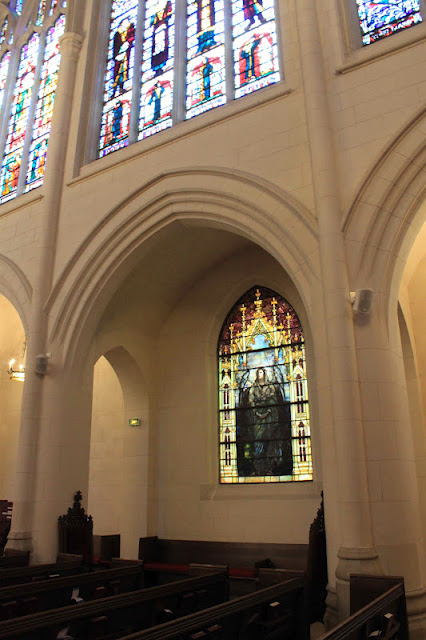 As I came closer to get a better look at these Tiffany angels, the minister who had been outside with the wedding couple walked down the same aisle I was standing in and greeted me in, what sounded to my ears, perfect French.  I soon learned he's a visiting pastor for six months, an American named Bedford and a most interesting and helpful person. 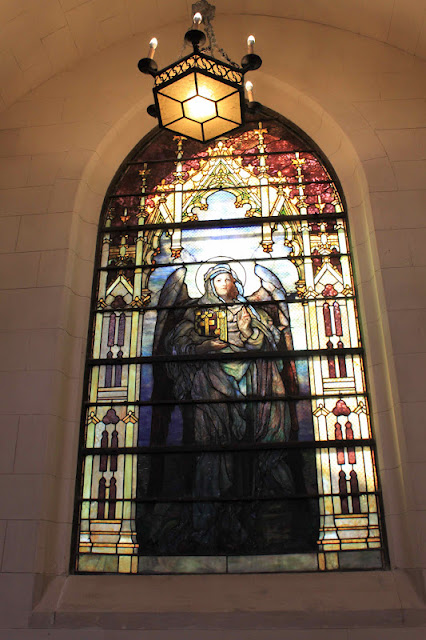 He recounted the story of the windows. They were donated in 1901 by Rodman Wanamaker of Philadelphia in memory of his wife and remained somewhat forgotten by Tiffany historians for decades.  The folds in the angels' garments are made of carefully selected raised glass, a detail not usually found in stained glass church windows because the effect would be lost on windows normally hung high and, thus, a waste of client's money.  You can read more about these fabulous windows HERE. 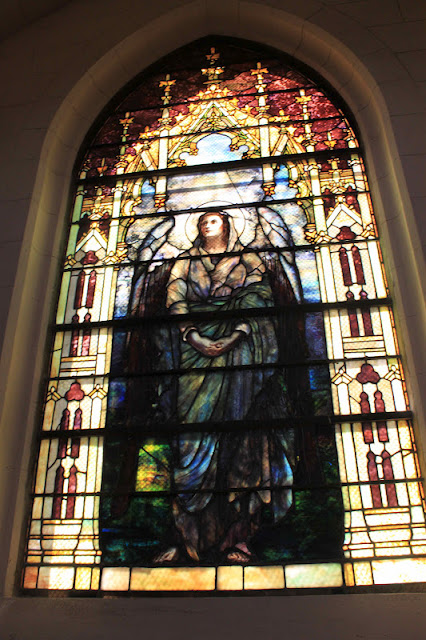 We chatted for I don't know how long, perhaps an hour, perhaps longer.  I sat rather spellbound by his storytelling abilities as we talked a little about life as expats, higher education, politics, energy, war and perhaps a dozen sub-topics but I started taking notes when the discussion turned to what to see and where to go in France.

I'll share his tips:  he said we should definitely see the half-timbered houses in the beautiful village of Le Bec Hellouin near Rouen and recommended another pretty village closer to Paris—La Roche Guyon.  Great guidance.  We did go to both places and they were delightful.  (Stay tuned for future posts about these two great places).

He recommended the website, The Most Beautiful Villages in France HERE and a great resource for interesting and unusual  cottage accommodations, Gites de France HERE.  He also recommended the book, The Greater Journey: Americans in Paris by David McCullough about the influence France has had shaping America through the artists, writers, doctors, scientists and others who came to Paris to study their craft.

Like the Americans discussed in McCullough's book, I too came to Paris for a life-enriching experience. While visiting the American Church in Paris I encountered three angels. Two by Tiffany. 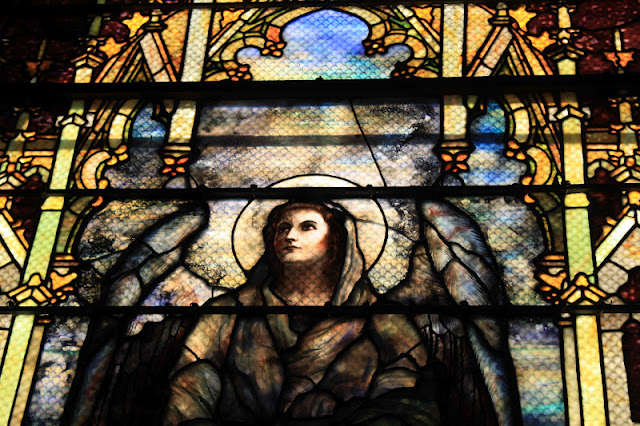